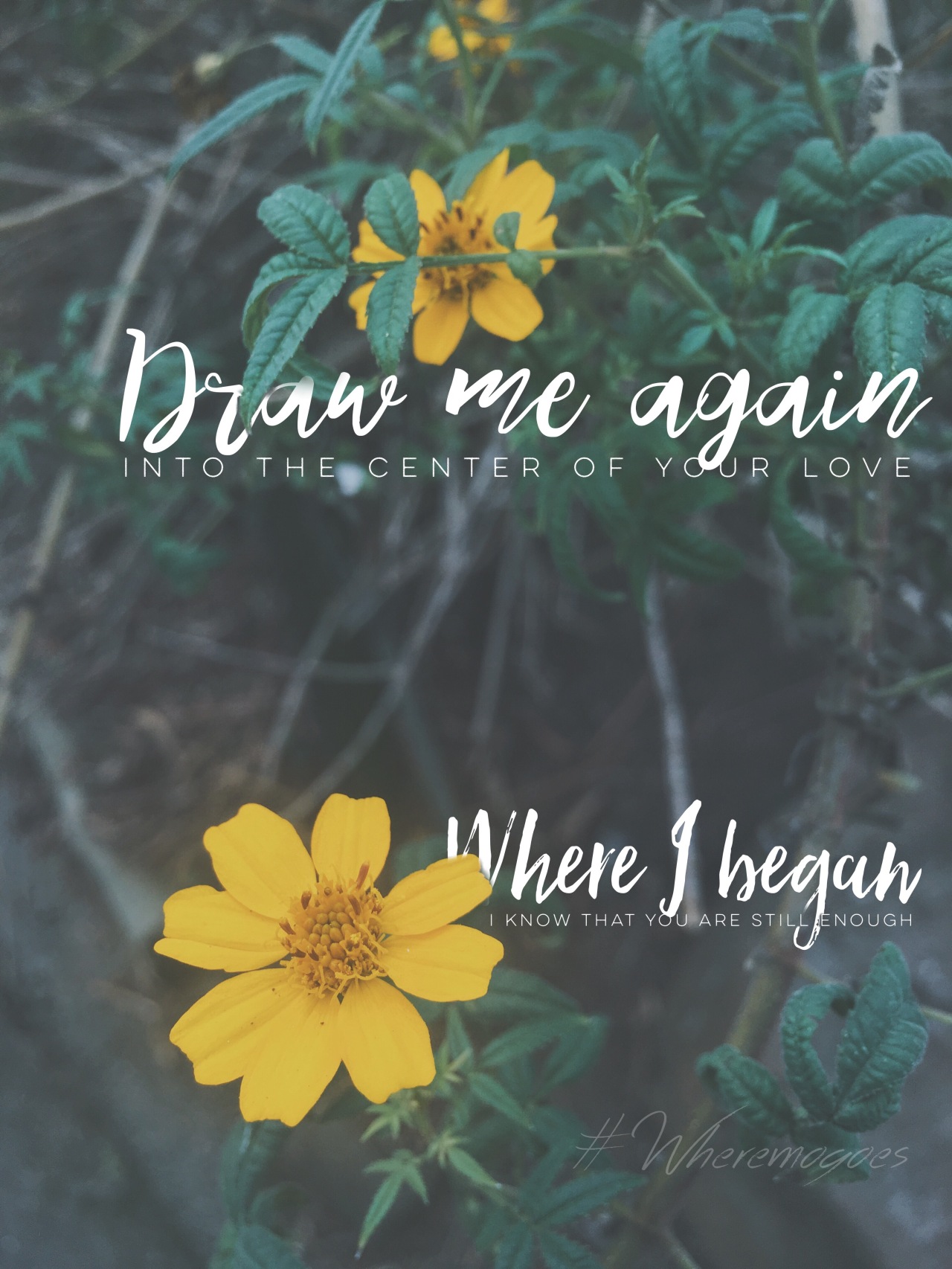 “Pour it out” He gently lifted His hands showing me He’d catch whatever was of value from the heavy bucket I had been carrying.

“Yes it is full but what is it full of. Pour it out. You’ll find what’s really buried inside.”

“But, I don’t want to lose anything else. I’ve lost so much. This is all I have left.” I held the bucket even tighter.

I had nothing else to say. Every excuse was rebutdtaled. He had proven Himself faithful, comforting and loving. Especially in the last few months. His gentle face was one that I had become accustomed to. I sought for so long to see it and finally I stood face to face with Him. He was nothing I had imagined and yet everything I had dreamed of and desired. He had been there. I could trust Him. I would trust Him.

I lifted the heavy bucket and poured its contents into His hands. Thousands of grains of sands sifted through His fingers. Each one a belief I had that was shown to be a lie.

All of the sand finally drifted through His hands and there laid a gold lion head.

My heart cracked. “That’s for..” I couldn’t finish my sentence

“But I don’t feel courageous.”

“But you ARE. Keep pouring” He gently prompted.

By now the hot tears were flowing from my face. I felt for the bucket and started pouring again until He told me to stop. The sand flowed through His hands.

What was so heavy in my hands was like feathers in His.

Again the sand left His hands and there in His hand laid the lions head and now the clearest of diamonds I had ever seen.

I knew what that was for. Purity.

“But that’s the last thing I am!” I yelled

“Not in my eyes. Keeping pouring.”

The bucket was getting lighter. I could feels things moving around in the sand. I poured. This time I felt something fall out of the bucket and into His hand. I stopped.

“A paper?” I questioned

Was once abandoned now Adopted

“But why? Why would You who have everything see me as adopted?!”

“Because you are. Come on you have a little left”

I poured again and saw a glimmer catch the light of His face and fall from the bucket into His hand. I stopped.

There laid in His hand the most beautiful crown.

“Righteous. I call you righteous.”

I sank to my knees.

“Daughter, this is what I call you. This is what I see. When I look at you I see the beautiful creation I made. I see the courage I grafted in your heart, and the purity intertwined to your soul. I see remember the day that I adopted you and the joy that sprang up in my heart. I see the righteousness I’ve called you to. No matter what people have said through their words or actions this is who you are. Yes your bucket was once full but the unbeliefs hid the very identity you possess. Continue to pour them into my hands  anything that comes against what I have said about you. I made you and I have the authority to tell you what is in you.”

If you poured out all of your beliefs into God’s hands and allowed Him to sift through the sand and the treasure what would be found? I guarantee you’d be surprised that He’s not waiting for you to come to Him so He can angrily shake His finger in your face. The bible says that it’s the kindness of our father that draws us to repentance. That His thoughts about us our precious and innumerable. He’s not waiting for you to fall asleep so He can pack up and leave you. You are the apple of His eye. So will you pour every belief you have into His hands. There is a beautiful treasure buried under all of that sand the world has handed us.